From an Underachiever to a Success by Will

I was never the A* star student awarded certificates on a regular basis, I could never get on with sitting at a desk, practicing theory work; I was always a hands-on kind of leaner, I learn by doing, not by writing.

However, I was only 14 years old and was required to stay in education until I was 16. So, I had to look at my options and decide what I wanted to do in life. Realising I was mechanically minded and that I enjoyed taking push bikes apart to fix them, (I still do this from time to time), I decided to enrol at my local collage to begin an Engineering NVQ course. This course was work based learning so I spent 2 days at school, 1 day at collage and 2 days at work.

As part of the NVQ, I was required to find myself a part time job to experience on the job learning. So, off I went, searching for someone to take me on. Still only 14, I managed to secure myself a job within a car garage, being a young lad, cars were a strong interest of mine. However, after some time, I found that it wasn’t the career for me. So, back I was, job hunting again, this time landing myself a role within a motorbike garage, even though this was a bit more to my taste, you guessed it, I didn’t get on with that either. So yet again, I found myself seeking another placement.

Realising motor mechanics wasn’t for me and given that my NVQ was for engineering, I began searching for local engineering firms to find a placement (by this time I was 15 years of age).

That’s when I Found Tridan Engineering. After a lot of convincing, as they did not currently have any vacancies, I managed to secure myself an interview with them.

Back at home I had been playing with my Dad’s small lathe that he kept in the garage, making creative parts  that came to mind at the time. So, I decided to bring these small parts along with me to my interview, in a bag.

Being only 15 years old, I was very nervous, inexperienced and under dressed for an interview; jeans and a T-shirt if I remember rightly. So off we went up the stairs for my interview. I had no GCSE grades due to my age so I had nothing to show them apart from the parts I had made on my Dads lathe and to tell them about myself such as hobbies and interests. There’s not much they could have asked me really considering I was 15 years old with no experience or GCSE’s.

A couple of days later I received a call from Paul Hawkins, the Managing Director, who offered me a job!

A year later, I completed my NVQ and even received a student of the year award from the collage. At the end of my NVQ, Tridan could’ve let me go as there was no obligation for them to continue my employment. But to my delight my MD and my manager attended my end of year award ceremony and surprised me with a letter of employment and a shiny new tool box. From this I started a City & Guilds apprenticeship and progressed over the years achieving City & Guilds level 1, 2 and 3 qualifications.

Then it was all about learning from the people around me, honing in on the skills I had learnt and I am still learning every day as new tools and machines are being introduced all the time. I have progressed up through different machines and departments including 5 axis, horizontals, 3 and 4 axis machines and even a sliding head machine.

I am 27 years old and I am currently a Deputy Milling Supervisor still within Tridan – a hefty 13 years later.

I would like to thank Tridan for taking a risk and employing a young boy with little to offer on paper and giving him the chance not many people would have. It’s also to remind others to look beyond the outside of those young 15-16 year olds that may not be the best dressed or have those A* grades but to focus on their ambition and determination as a young person. Who know’s they may have to start at the bottom but could turn out to be that supervisor or manager you need. Those underachievers can be those successors, after all everyone has to start from somewhere right? 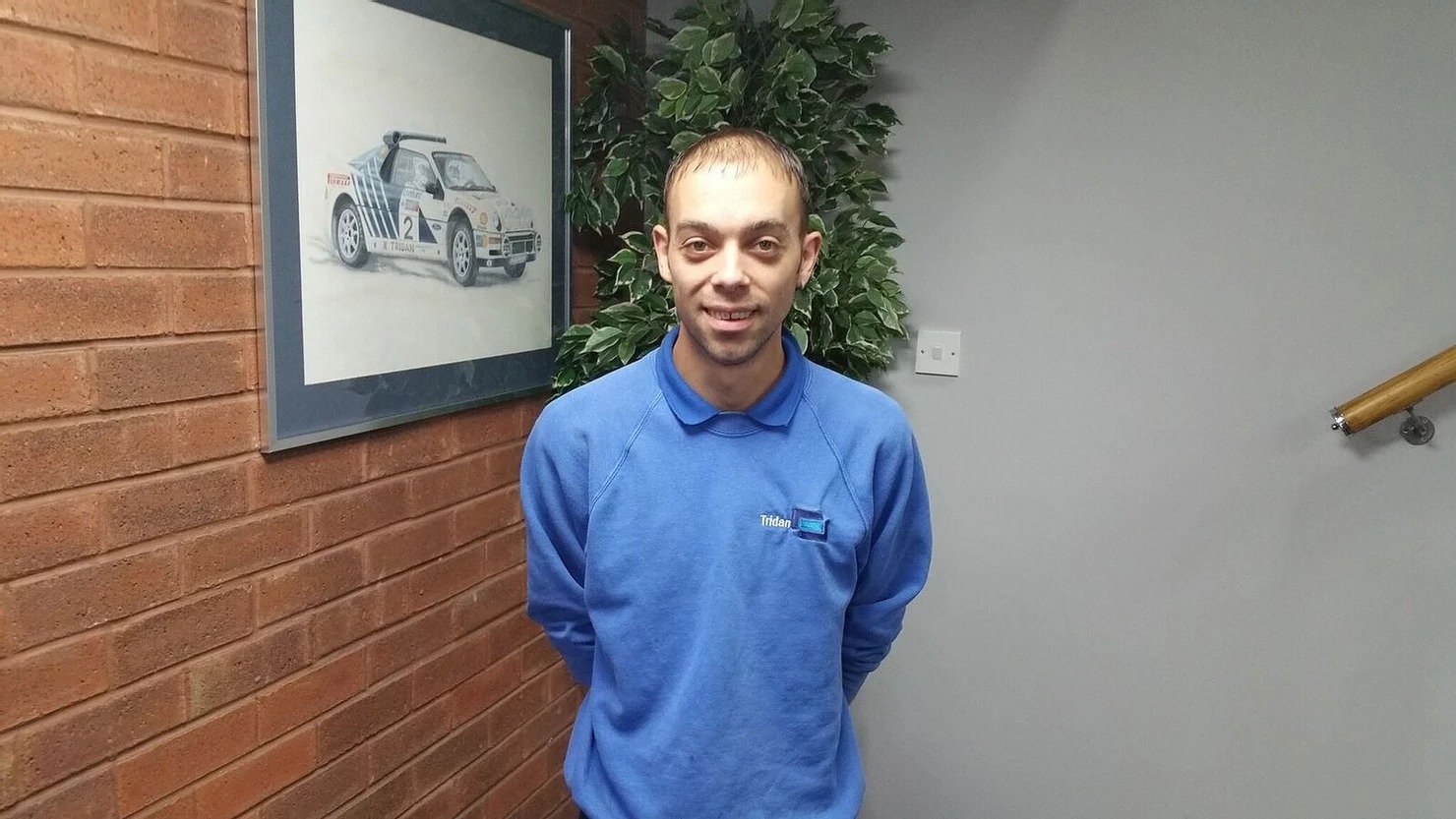 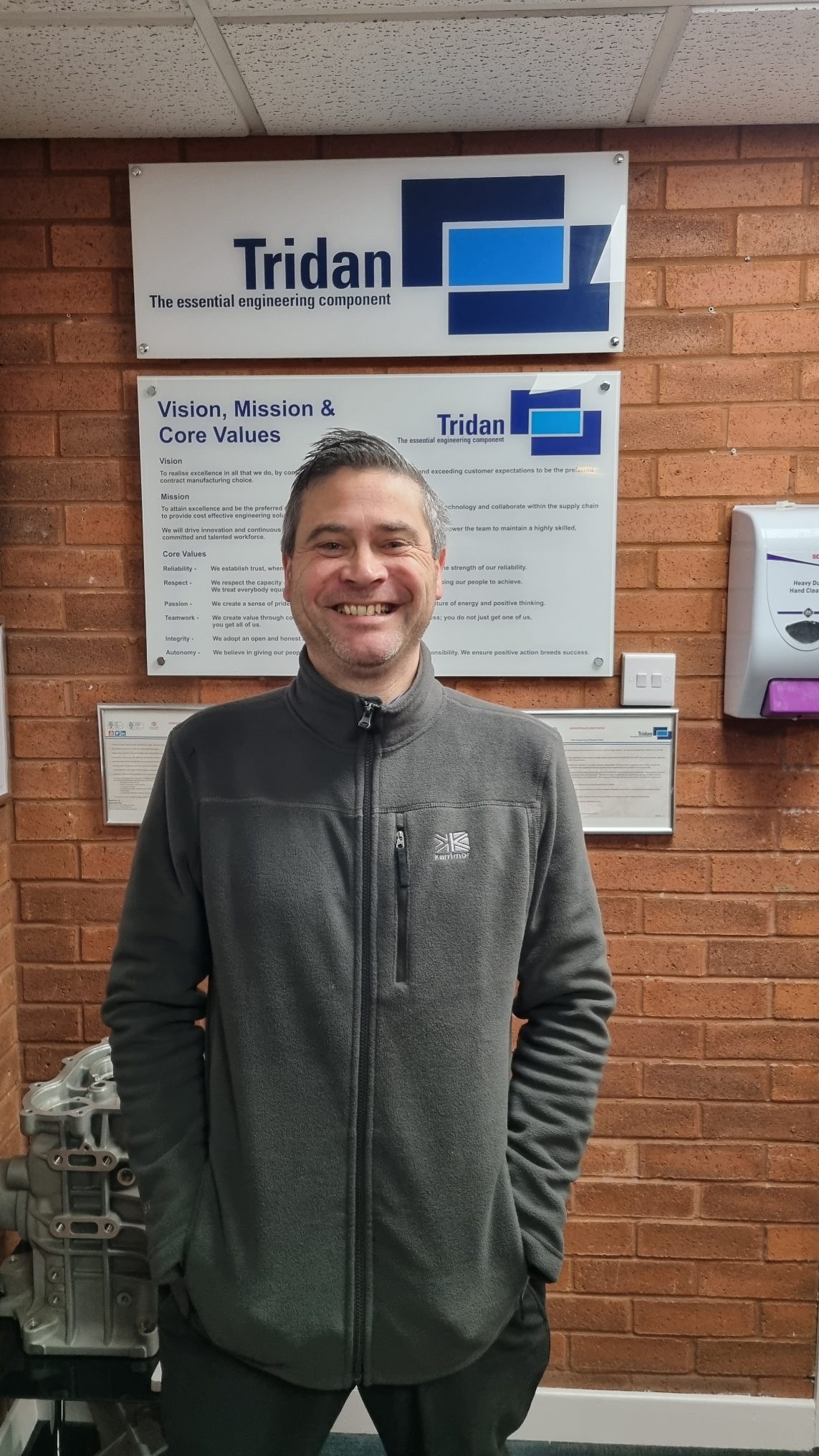 It is with great pleasure that we announce Mike Newman has returned to Tridan as our new Quality Manager. 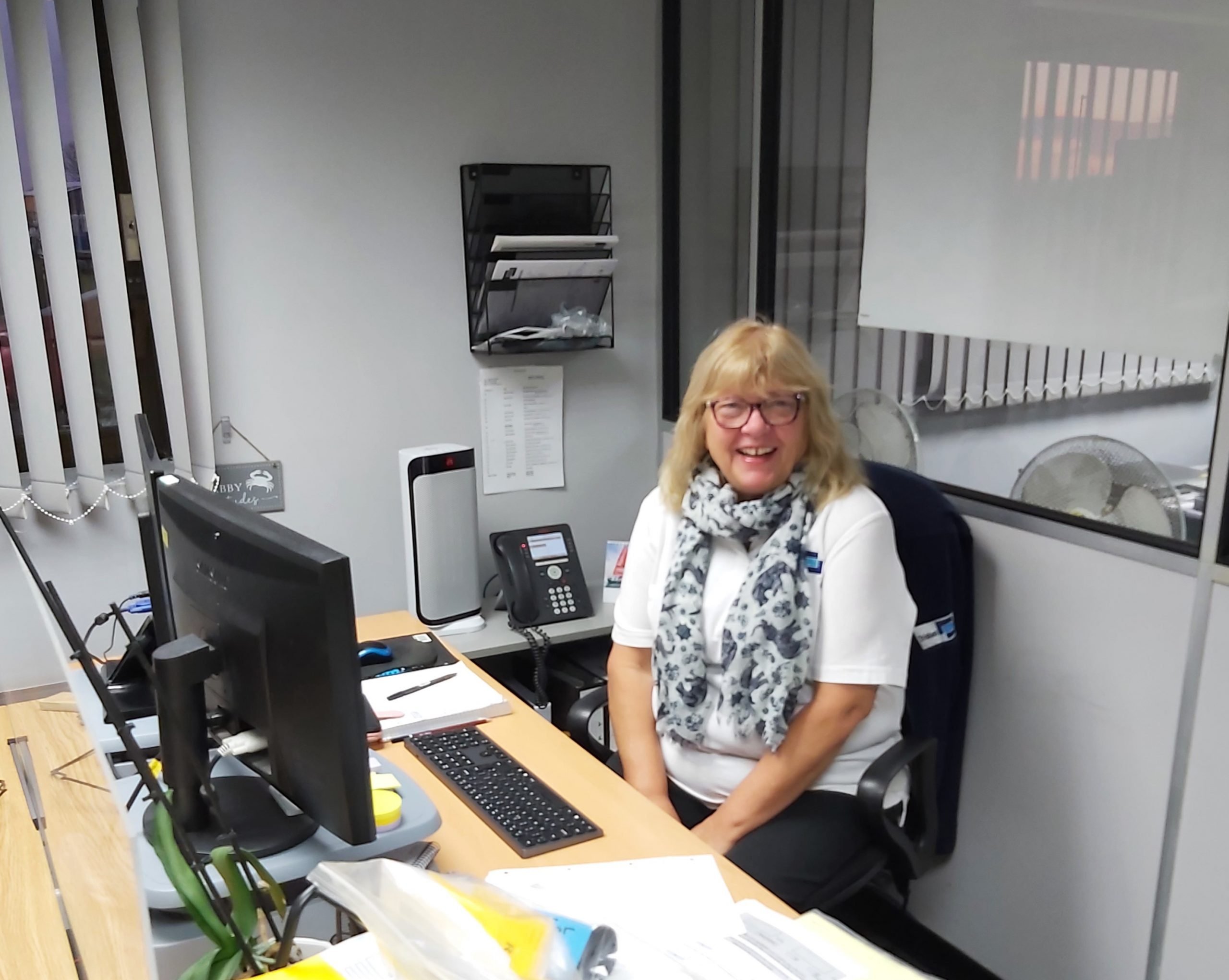 Sue Ling, our Quality Assurance Coordinator at Tridan Engineering, tells us about how she got into the industry, and why she stayed… “After a radical job change from publican, I… Read... 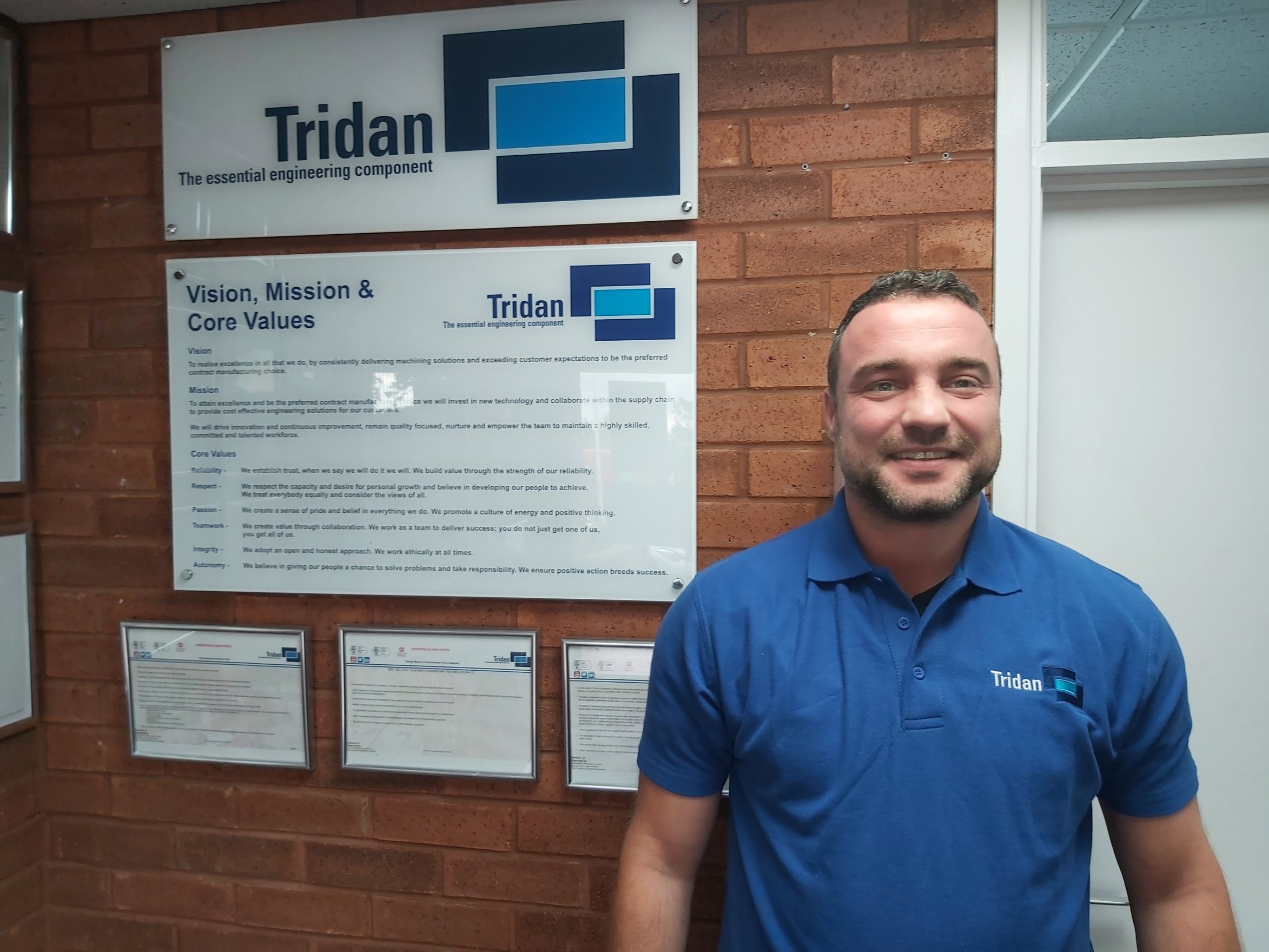 Mariusz has many years of experience in CNC turning and mill/turn. His wealth of knowledge and expertise is a valuable asset to our turning department and Tridan Engineering.  Mariusz has… Read... 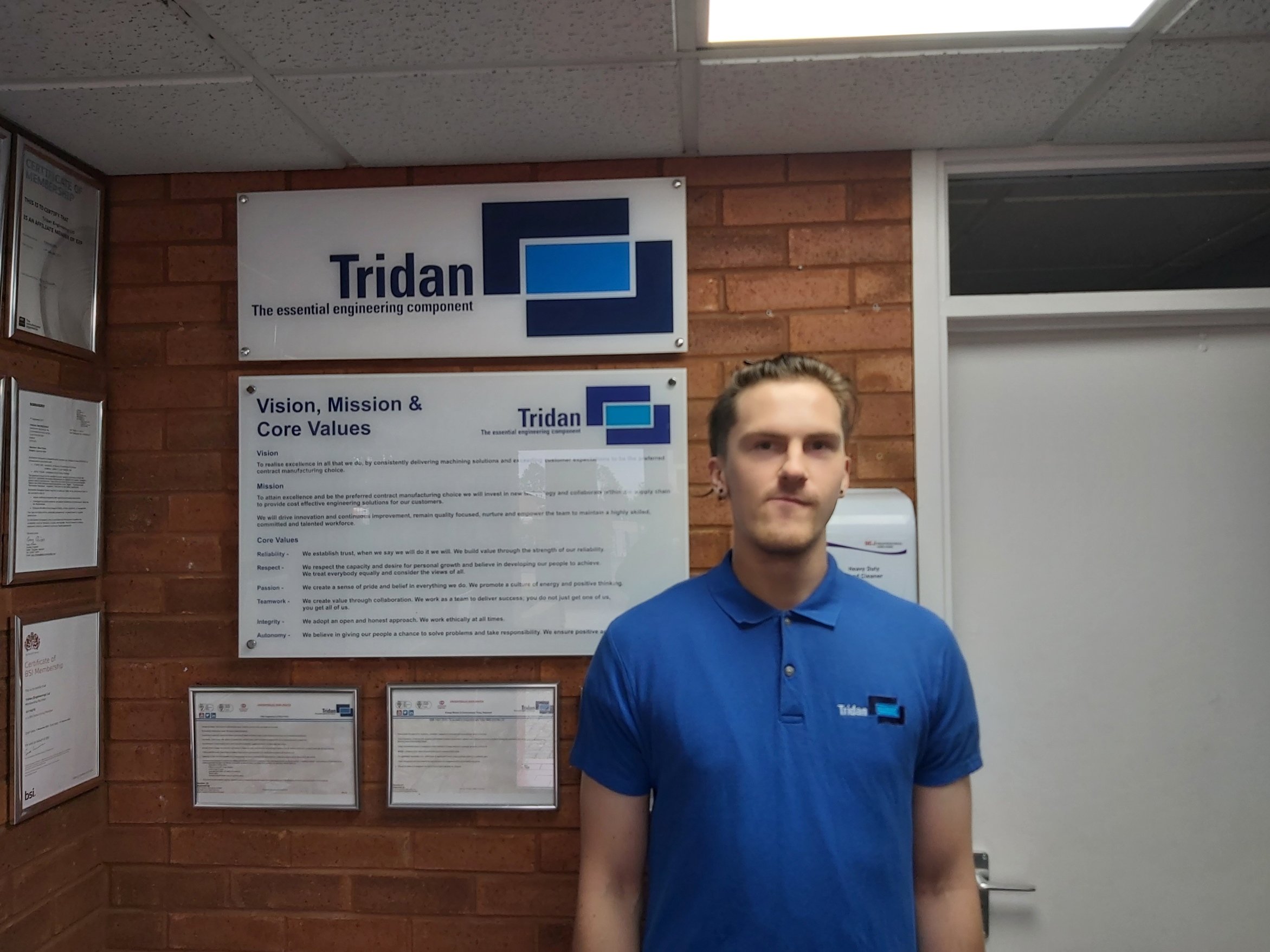 Another new member to the Tridan team. Artis has joined us as part of the manual handling and labouring team and will have an important role in ensuring that materials… Read... 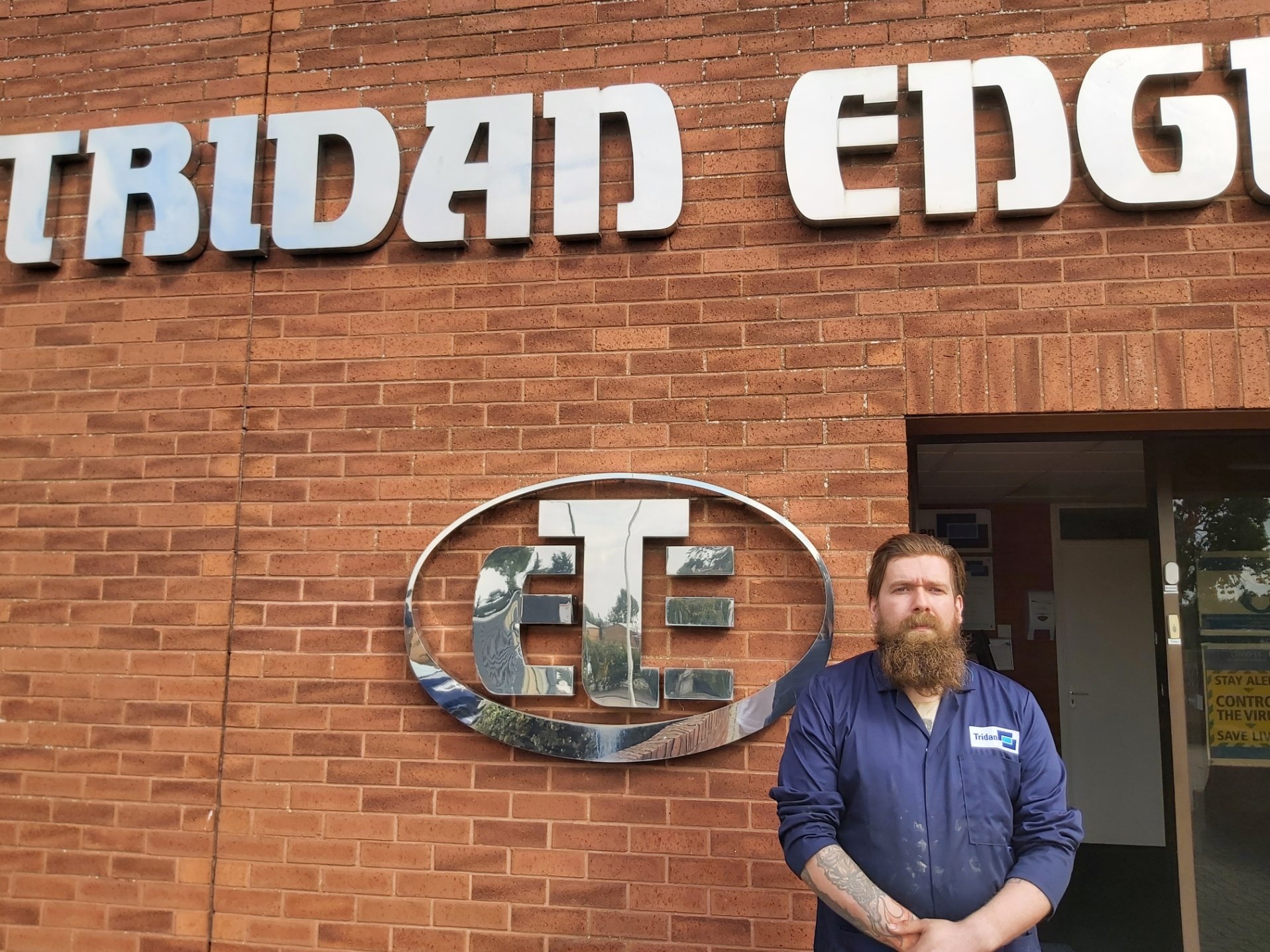 Another new member to the Tridan team. Gavin has extensive knowledge and experience in grinding, welding and fabrication.His skill set as a cylindrical grinder enables Tridan to complete parts in-house… Read... 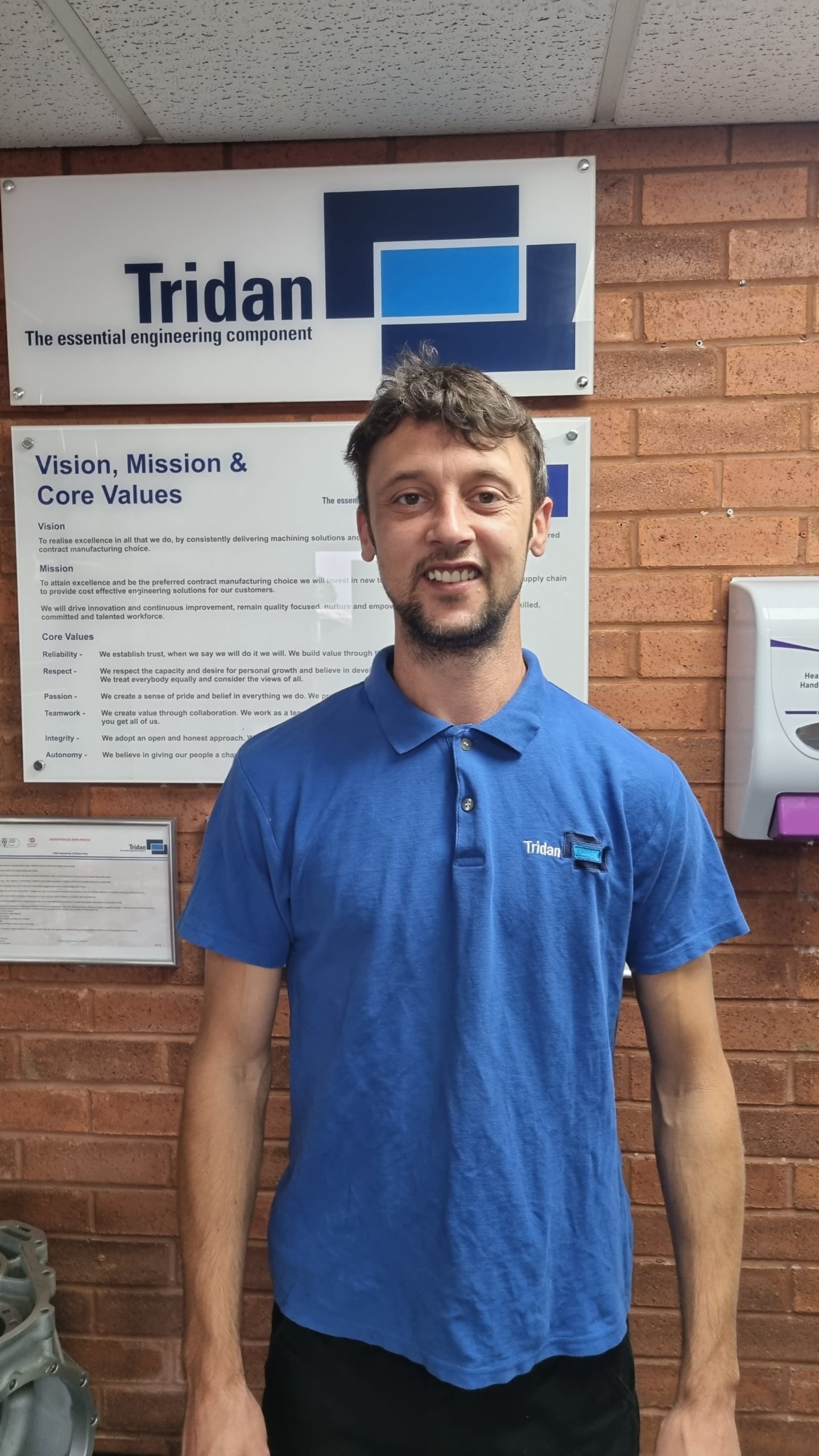 Tommy is a machinist with a vast knowledge of CNC milling and comes with abackground of engineering in Motorsport and the manufacture of high-end productswhich require the greatest attention to… Read... 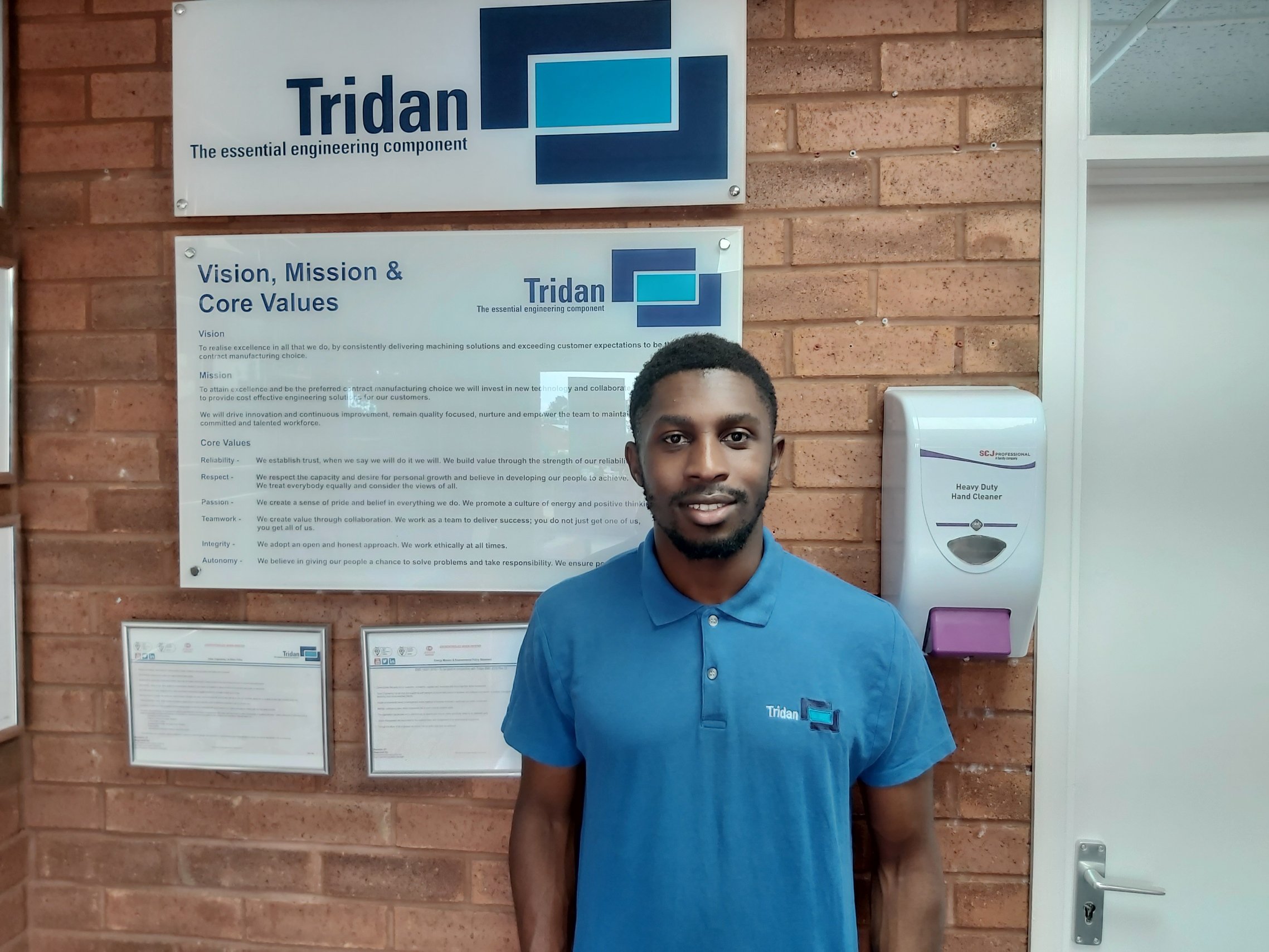 Clifford has recently graduated from university with a 2.1 degree in Mechanical Engineering.He will be working alongside Paul Coupland as an Operations Assistant.  Clifford has a passion for engineering which… Read... 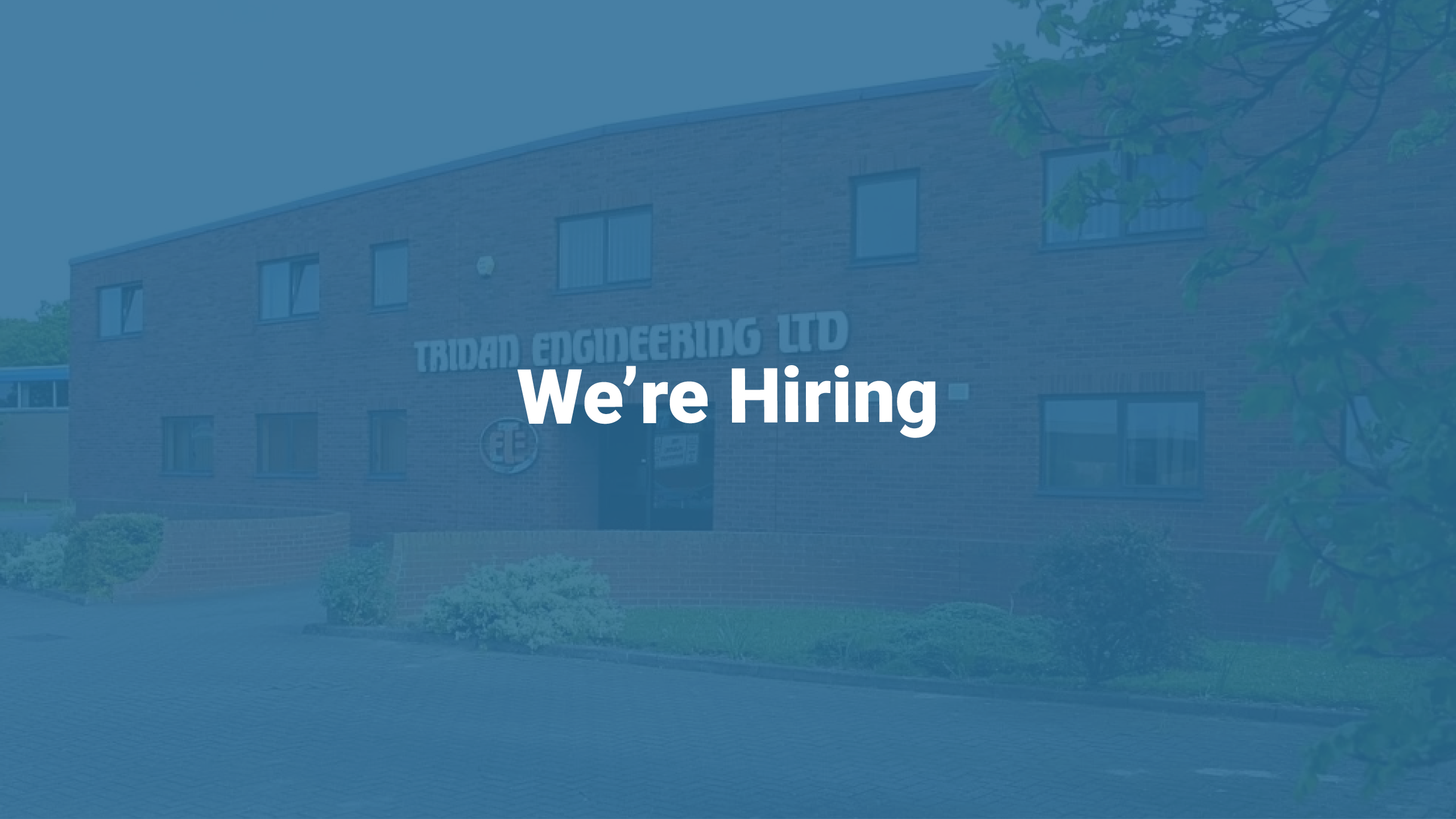 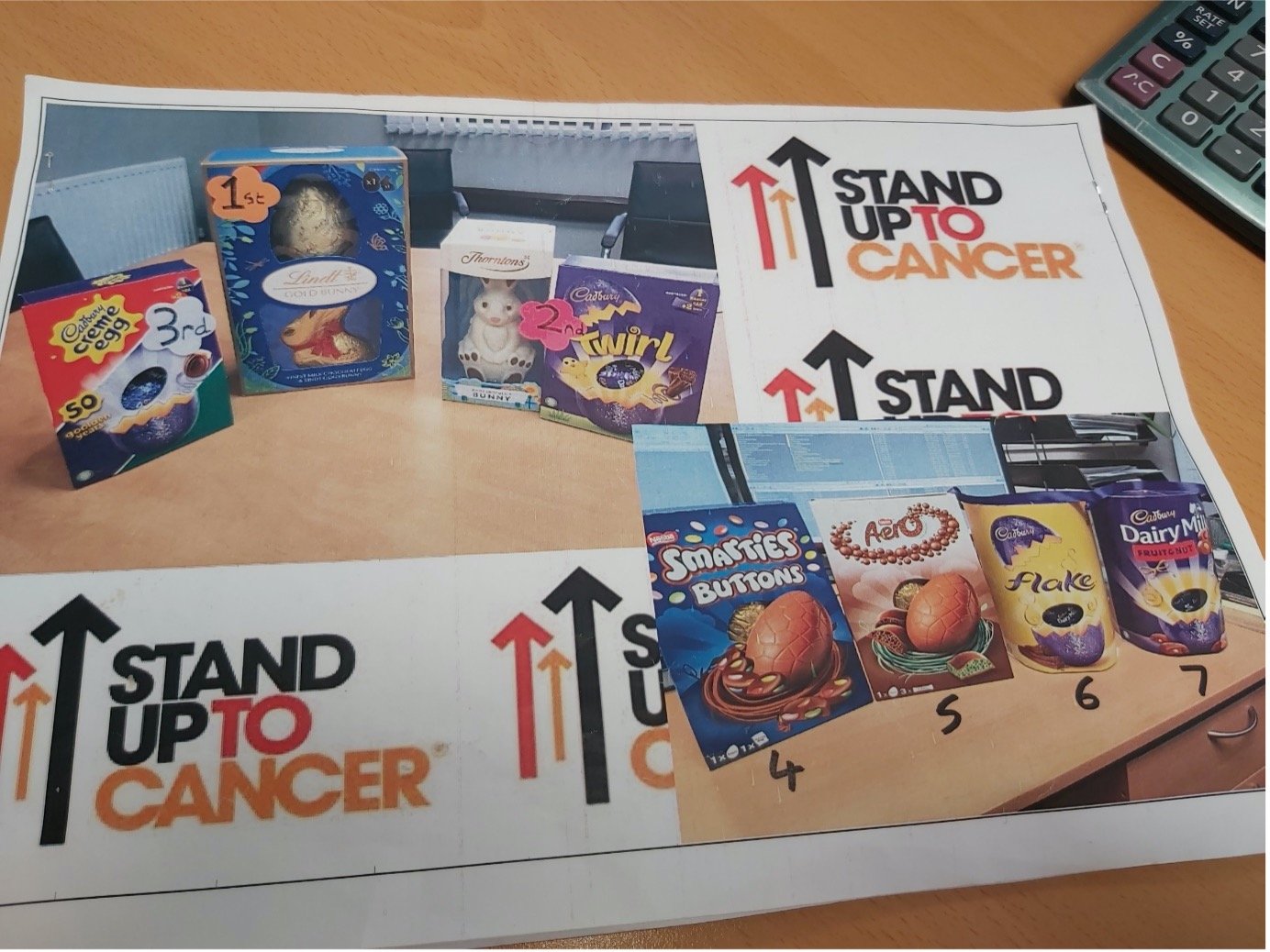 A couple of our employees donated some Easter Eggs to be raffled, with all the proceeds going to Stand Up To Cancer. A grand sum of £170 was raised. Well… Read... 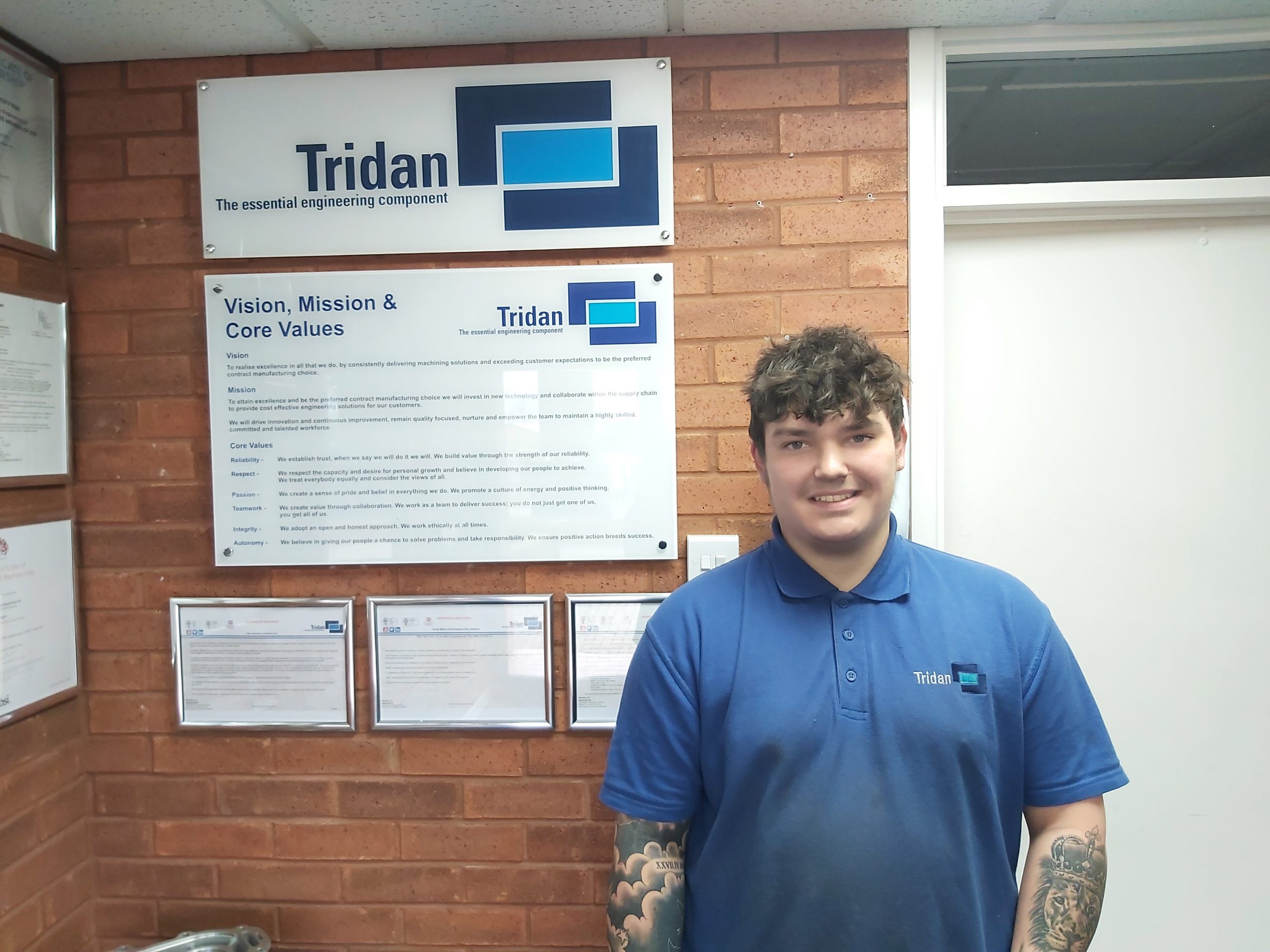 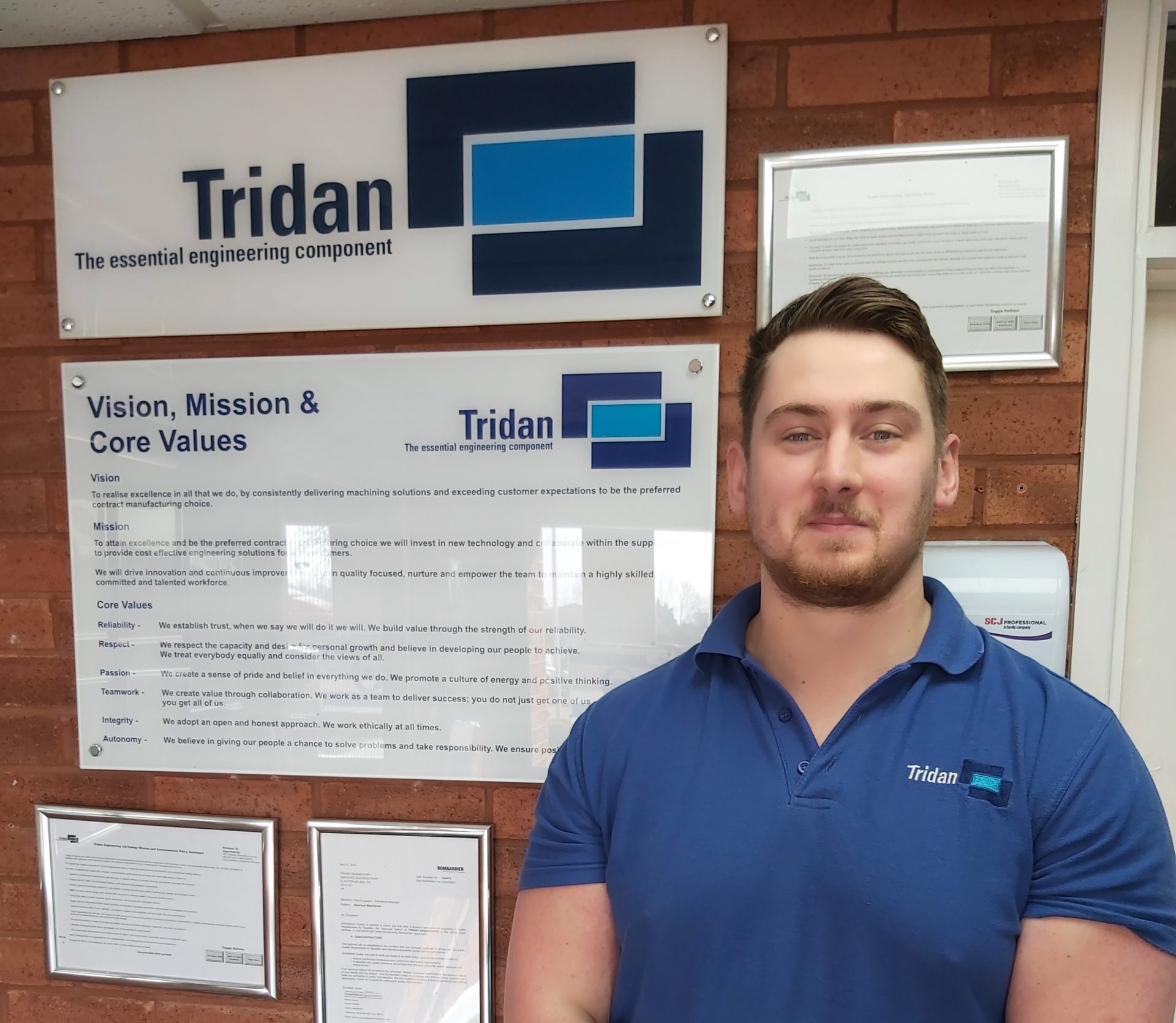 Ashley returns to Tridan to enhance our already great team and comes with the experience and knowledge required to fit straight into our CNC 5 axis cell. Welcome back to… Read... 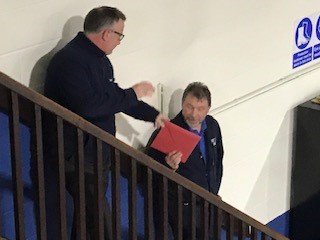 After 28 years of being part of the team at Tridan John Chamberlain has decided to retire. John has always been a truly dedicated and integral part of the shop… Read... 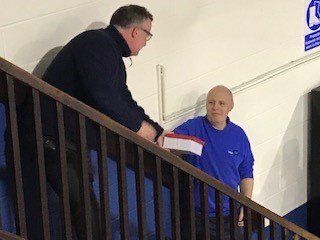 During this unprecedented situation, Tridan had a reason to celebrate. Peter Philpott has completed 25 years’ service with Tridan Engineering. Peter was presented with his commemorative plaque and Red-Letter day… Read... 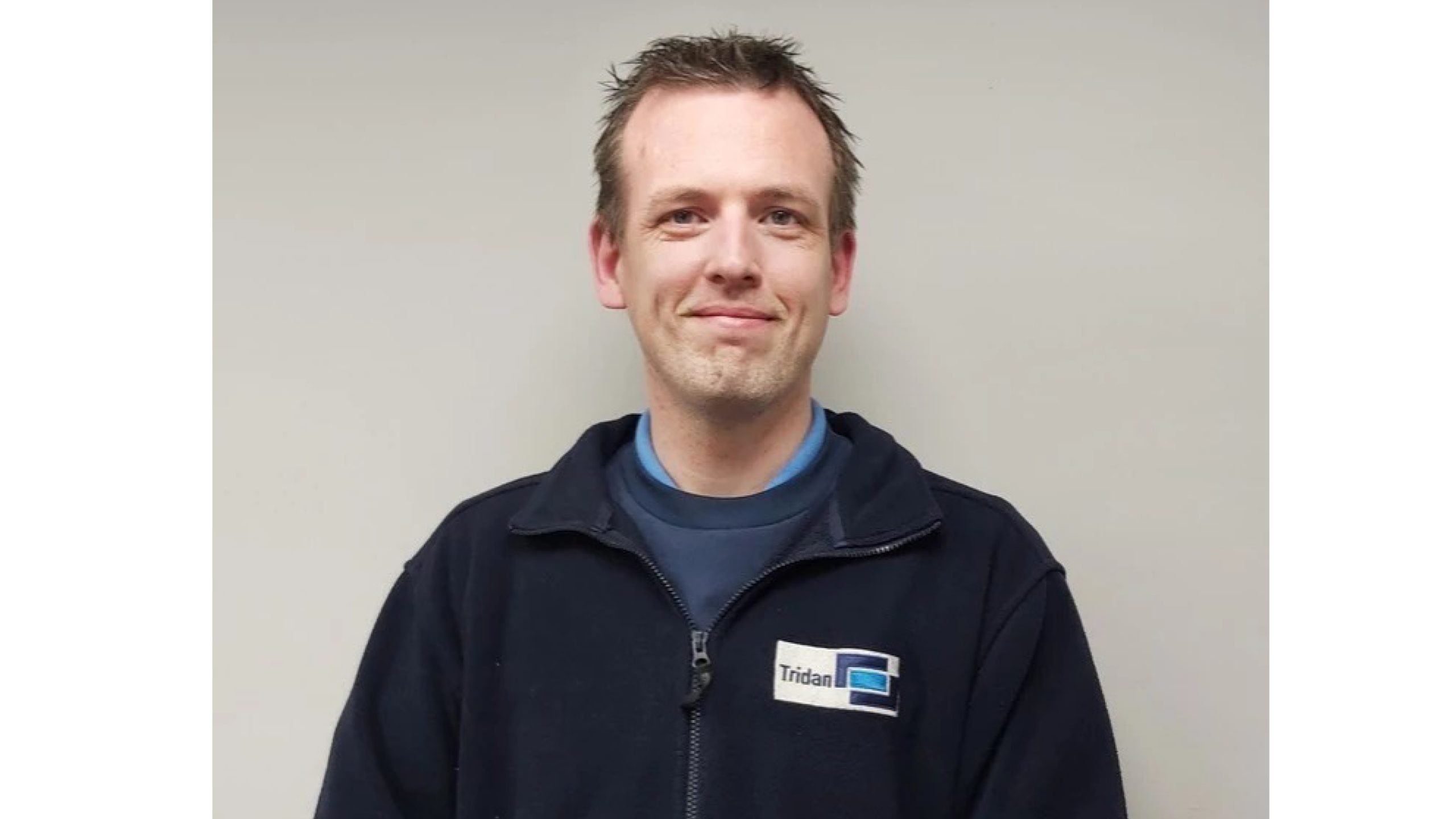 Stephen brings a wealth of experience & expertise to our dayshift CNC Turning department. We are looking forward to Stephen enhancing the already great team we have. 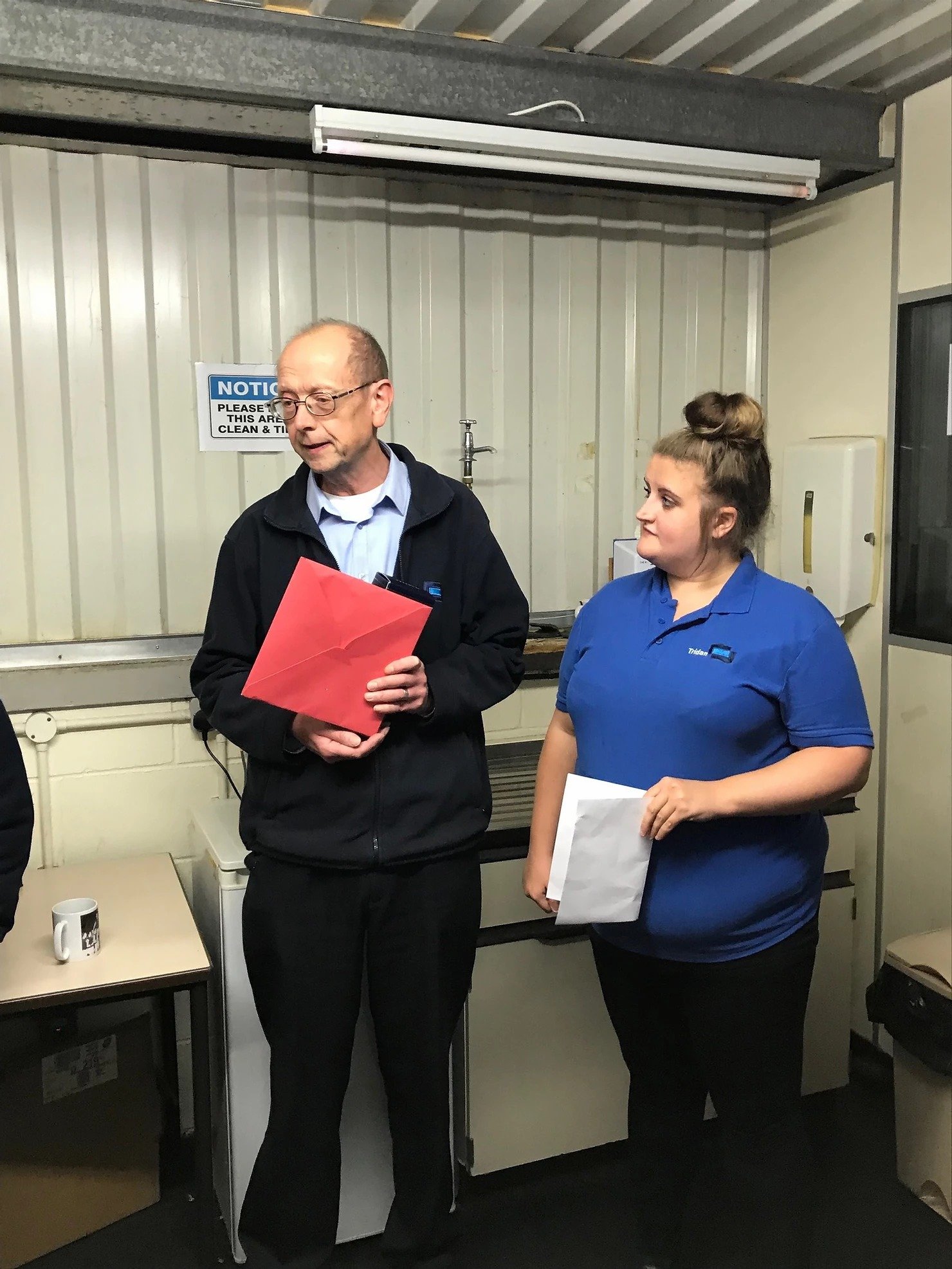 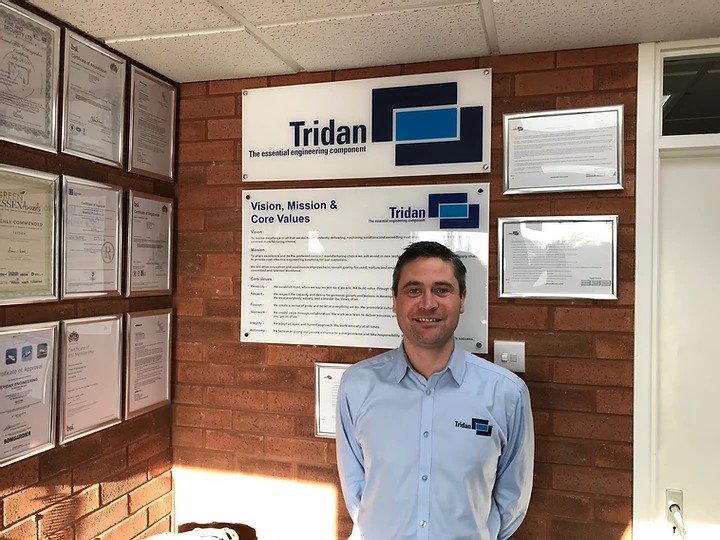 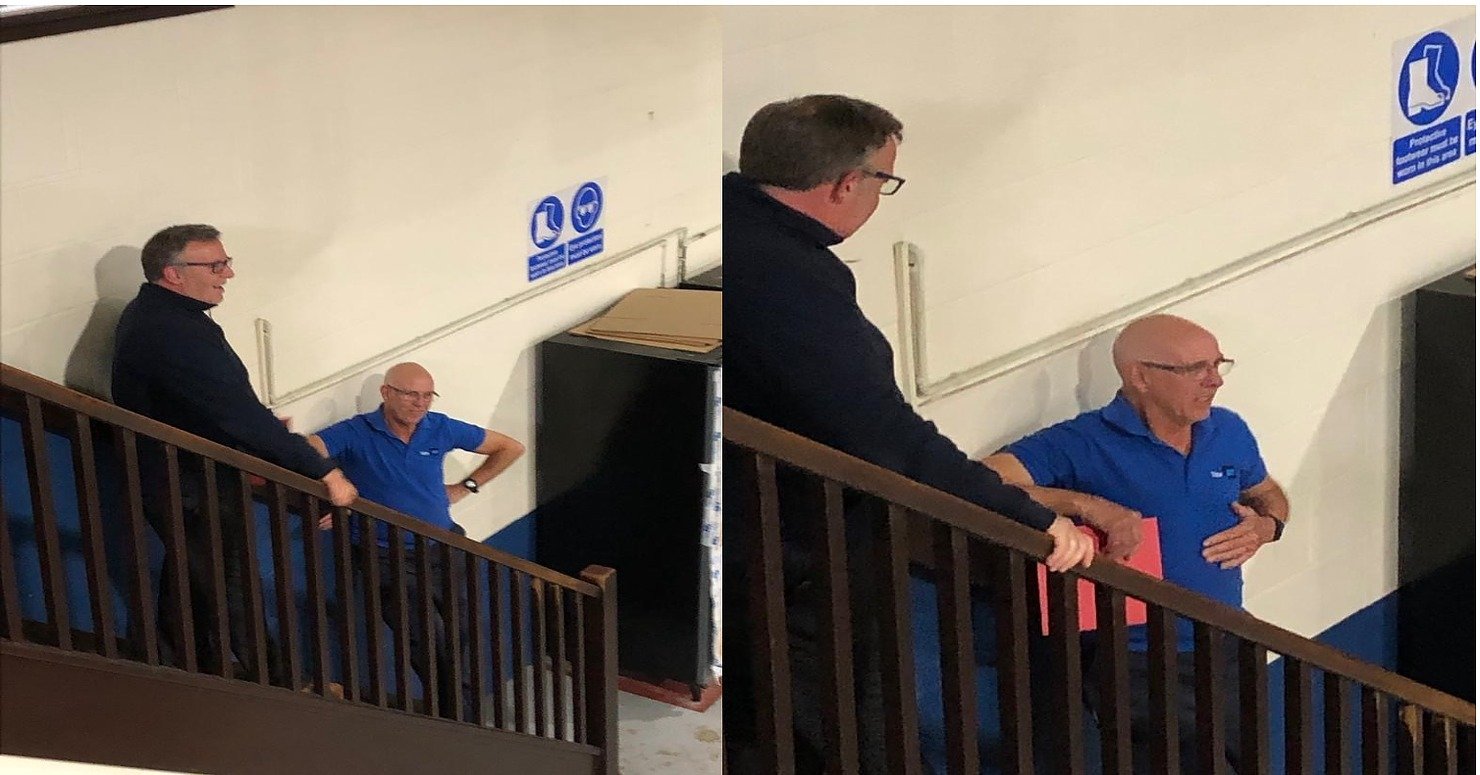 After 32 years of being part of the team at Tridan, Richard Bell has decided to retire. Richard has always been a truly dedicated and integral part of the Shop… Read...

Erich brings a wealth of experience & expertise to our dayshift CNC Turning department. We are looking forward to Erich enhancing the already great team we have.

Jamie joins our very busy Production Control department. We are looking forward to Jamie enhancing the already great team we have.

We would all like to congratulate John Clover on his recent promotion, with immediate effect John has joined our sales team as Assistant Technical Sales Engineer. Well done John!

We would all like to congratulate Daniel Myles on his recent promotion, with immediate effect Daniel has become Supervisor for our Marine Cell. Well done Daniel!

Rumen brings a wealth of experience and expertise to our Nightshift CNC milling department.  We are looking forward to Rumen enhancing the already great team we have.

We would all like to congratulate Ashley McGrath on his recent promotion. Ashley joined us as an apprentice for our CNC Milling section 6 years ago; through hard work, dedication… Read...

Shane brings a wealth of experience and expertise to our CNC milling department.  We are looking forward to Shane enhancing the already great team we have.

Trevor undertook “Movember,” a charity very close to all our hearts, particularly Trevor. With the help of friends and colleagues Trevor raised £712 towards Prostate Cancer Research. Well done Trevor!

We would all like to congratulate Mark Proctor on his recent promotion, with immediate effect Mark has become our Lead Production Engineer. Well done Mark!

Congratulations to the UK Manufacturing Apprentice of November, Jordan Nicholas of Essex based precision machining company, Tridan Engineering Ltd! Jordan collects this month’s award to go with the £100 Amazon… Read...

Congratulations on passing your apprenticeship Erwin. Another great young engineer off our award-winning apprenticeship scheme. Erwin has developed so well over the last two years, he is a credit to… Read... 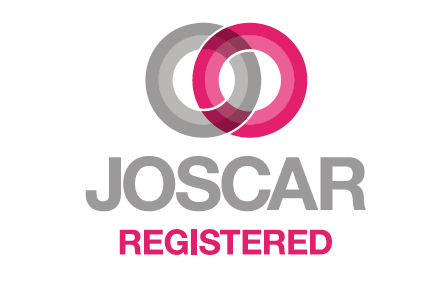